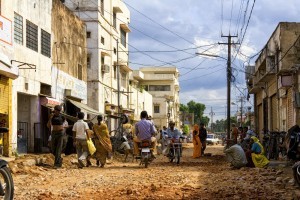 The Cost of Air Conditioning in Developing Countries

Many people complain about the cost of air conditioning in Australia but spare a thought for those in developing countries because air conditioning is a luxury that many locals could only hope to be able to afford.

The cost of the technology in developing countries is simply out of reach for most people on average incomes. The irony is that some of these countries are the most humid on earth and would benefit from the technology far more than countries in Europe or even most of the USA. Since air conditioning uses more power than most other appliances, the difficulty in making air conditioning widely available is that the infrastructure needs to be able to support it on a large enough scale.

The demand for Air conditioning in developing countries is on the rise over the past few years. Because of the benefits of air conditioning and what it can make possible it’s easy to see why. But if other countries were to use air con like the USA who uses more air conditioning that the rest of the world combined, there would be skyrocketing energy consumption across the globe, which would have flow on environmental impacts. 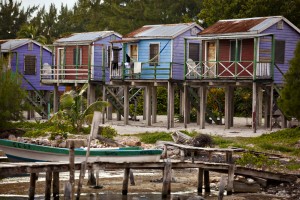 Belize, in Latin America is considered one of the most affordable of the Caribbean countries for visitors but not if you want to use air conditioning. Unfortunately in the tropical heat and humidity, air conditioning is a luxury that most homes and businesses cannot afford.

It’s also something many visitors don’t want to pay for.  While AC is available for the tourists staying in hotels in the small central American nation, the going rate is around $20 US dollars a night!

Rising use of AC partly responsible for India’s Biggest Blackout

In 2012, during the middle of a hot July in India, the country’s biggest black out left people sweltering. Blackout Tuesday as it was referred to, left a staggering half a billion people without power and was a sobering reminder of energy infrastructure that is under stain. The sheer population in the country and the limitations of the system, along with the continued popularity of air conditioning was considered to be part of the reason.

Is air conditioning too popular for its own good?

There’s been little doubt that the technology of air conditioning has transformed economies of cities like Singapore and allowed development of communities in otherwise inhospitable climates.

As countries continue to develop and economies continue to grow and emerge, more people will be able to afford the benefits of air conditioning particularly in countries like India and China. For some this presents an environmental concern due to the sheer population of these countries. If these nations begin to use air conditioning at the same rate as the USA, there is little doubt that there would be a noticeable environmental impact.

Luckily advances are being made each year for more energy efficient systems. It’s very easy to say that we should all try to cut back on air conditioning use, but putting the blame completely on the technology is not the answer. Air conditioning has become a way of life for many people and is a necessity for many other, including the elderly, so a holistic approach needs to be considered.

New systems are more than 3 times as efficient as systems from a few decades ago and this looks set to continue which will help mitigate the impact of growing energy use around the world. Home designs are increasingly energy efficient which means less demands are placed on AC systems, and a greater focus is placed on smarter air flow. Clean energy options are also going to be more important in not only developing countries, but also in more wealthy countries who should shoulder some of the costs of investing in the technology.

Air conditioning is definitely part of the way of life in Australia and around the world, but we’ve also got the responsibility to use it wisely and well. So before we next complain about how much it costs to run an air conditioner, (which isn’t that much when used properly) at least on a sweltering day we have that option. The same of which cannot be said for those in developing countries.

H&H Air Conditioning is one of Queensland’s leading air conditioning companies with the specialist knowledge and skills advise on cost effective, energy efficient systems for homes and businesses. To discuss a system for your needs contact our specialist team today.