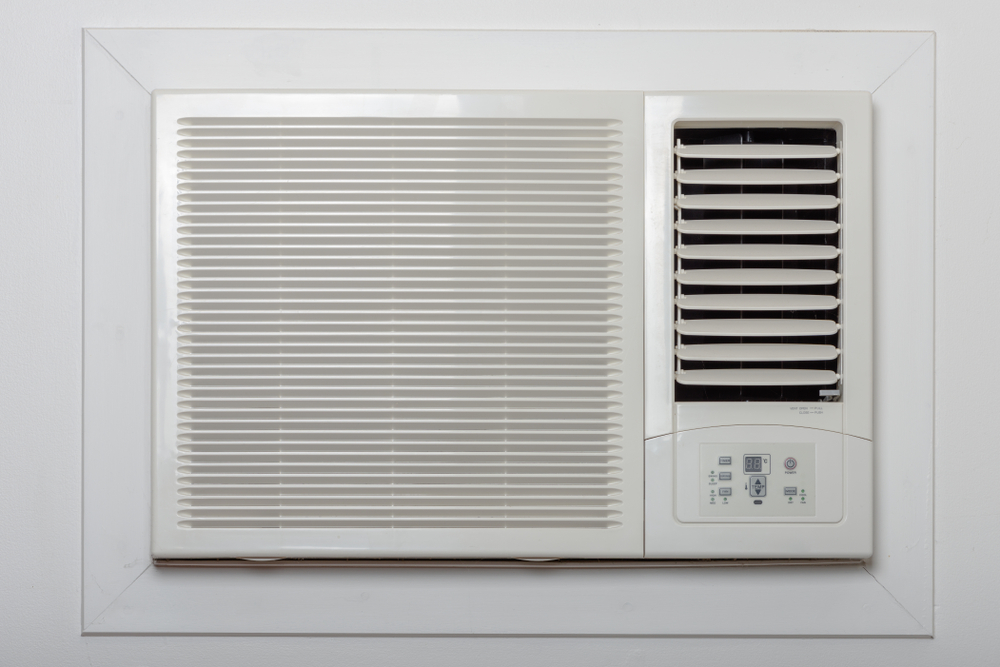 For many Australians, air conditioners are a modern luxury we can’t imagine living without. But did you know that the humble air conditioner is actually a quiet hero, responsible for revolutionising many aspects of the way we work, live and play today — including paving the way for innovations in modern medicine and transforming the way we build our homes? It’s even the reason we can catch the latest summer blockbuster!

Believe or not, the history of air conditioning can actually be pretty interesting. Here are nine surprisingly cool air conditioner history facts that will change the way you view your AC.

Air conditioning fact #1: The first AC was invented in the first century BC

Our air conditioning history timeline starts way back in 180 AD, when a Chinese engineer in Han Dynasty China, named Ding Huan, invented the very first proto-air conditioner. According to the Xi Jing Za Ji (Miscellaneous Records of the Western Capital), this man’s creation — a mind-bogglingly large air-conditioning fan consisting of seven 3-metre wide fans, all connected so they would move together with the turning of a wheel — could cool a hall of Chinese courtiers so impressively that ‘people would even begin to shiver’.

Did you know the very first modern air conditioner was invented by a gentleman named Willis Carrier to appease a humidity wave assaulting a New York publishing house? Imagine the turmoil inside the Sackett-Wilhelms Lithographing and Publishing Company in 1902: heat and humidity are wreaking havoc on the printing process. The ink is running, smudging the paper. The paper expands and contracts in the muggy air.

Carrier’s gigantic machine — which he charmingly called an ‘Apparatus for Treating Air’ — solved these problems by using chilled coils to achieve a consistent level of humidity indoors. These bulky air conditioners were quickly adopted in large buildings that could afford the space needed to run it, like hotels, textile mills and hospitals.

Although Carrier’s bulky invention was not completely safe (it used the toxic chemical ammonia as a coolant), it laid the groundwork for the much safer, compact and effective air conditioners we in use today.

The first air conditioner designed for homes was staggeringly huge: more than 2 metres high, almost 2 metres wide and — wait for it — 6 metres long.

The invention of air conditioning has had a profound impact on human life expectancy. How? Put simply: a lot of the medications we use today simply couldn’t have been invented without a scientific laboratory equipped with temperature-sensitive tools and equipment and the ability to control air temperature.

With the help of air conditioning, doctors have pioneered world-changing advances in medicine, everything from medicines to inhibit bacteria, decrease infant mortality and defeat malaria to cancer treatments and cures for the common cold, as well as developments in surgery. It’s crazy to think that certain illnesses could have never been cured without air conditioning!

What did people do before air conditioning became widespread? Well, architects would design buildings in a way designed to maximise airflow. Think high ceilings, verandahs and landscaping that provides shade. The ability to control our indoor climate with an air conditioner has fundamentally changed the way we design and construct our buildings, allowing us to build glass skyscrapers and low-built houses.

Do you love escaping the summer heat to watch a summer blockbuster on the big screen? In the 1930s, 40s and 50s, movie theatres figured out that introducing air conditioning was the best way to fill seats on the stickiest, hottest days of the year. Since most people didn’t have home air conditioning, people flocked to the cinemas to enjoy popcorn, a movie and the luxury of free air conditioning.

To take advantage of this trend, film studios began to release their biggest films during the summer, giving rise to the phrase ‘summer blockbuster’. This practice of releasing blockbusters in summer is still alive today.

Before air conditioning, summer was absolutely stifling. Many countries decided it was far too hot to expect kids to learn at school and workers to work in factory buildings. Industries, schools and the government took month-long summer holidays to avoid confining workers and people inside unbearably hot buildings. Luckily for kids, the tradition stuck. Now, kids get to enjoy the summertime holidays with heavenly cool air conditioner.

US studies show that air conditioning is one of the most effective ways to cope with the blistering heat. Heatwaves cause more deaths in Australia than any other natural hazard. Since 1890, heatwaves have killed more people than cyclones, bushfires, floods, earthquakes and severe storms combined.

According to the Australian Bureau of Statistics, rates of air conditioner ownership in Australia have doubled since the late 1990s. Now, nearly one half of Australians use reverse cycle air conditioning to cool their household in summer and create a cosy atmosphere in winter.

Air conditioning can provide allergy relief in spring by removing pollen, dust mites and other small particles from the air. An air conditioner’s in-built filter allows it to provide clean air to people who suffer from allergies or asthma. If your allergies rev up when the weather warms up, an AC unit will help keep sneezing at bay.